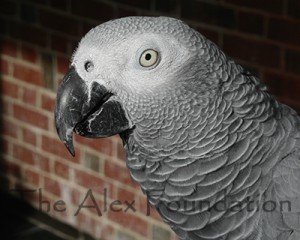 Arthur, a.k.a. Wart, was the youngest bird at the lab. He loved to play with all of his toys and would say “want some” whenever the research assistants ate lunch. His favorite word was “tickle.”

Arthur passed away on February 27th, 2013 at the young age of 14. He died from Proventricular Dilatation Disease (PDD) complicated by kidney disease. PDD is a little-understood disease caused by Avian Bornavirus (ABV). We do not know how or when Arthur could have contracted this virus, as he could have had it for years without showing symptoms, or it is possible he was born with it. There is no cure for PDD.

We miss him dearly.

It is with great sadness that I report the passing of our beloved colleague, Arthur.a 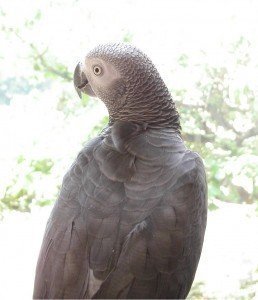 A while back, Arthur was diagnosed with Kidney Disease. There is no cure but he had been doing well with treatment. Then, several months ago, Arthur became ill and was taken to the vet where he was diagnosed with Avian Bornavirus (ABV). Sadly, not enough is understood about this virus. It is a presumed causative virus that results in the symptoms of Proventricular Dilatation Disease (PDD) which is fatal. It is neurotropic, which means that it is a virus that can infect nerve cells, often causing gastrointestinal dysfunction as well as several other neurological symptoms. 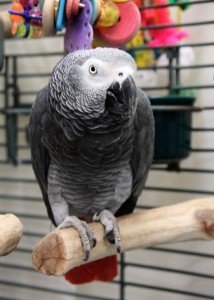 We do not know how or when Arthur could have contracted this virus as he could have had it for years without showing symptoms, or it is possible he was born with it. The stress to his system caused by the kidney problems could have been the reason that the virus became active—that is, his immune system was no longer strong enough to keep it in check. There is no cure for ABV or PDD. He received treatment and diligent care for several months wherein he returned to his happy, childlike self. But sadly, a week ago he became ill again, was hospitalized, and passed away a few days later.

We want to thank our dedicated team of veterinarians, technicians, students, and volunteers who worked relentlessly to give Arthur the best care and happiest life that he could have.

Griffin is doing well, enjoying the undivided attention he gets in being an only bird. He has been tested and came back negative for ABV and with a clean bill of health.

Arthur was only 14 years old. The sadness we are experiencing due to his loss cannot easily be put into words. The Lab will never be the same without his playful antics. We take comfort in knowing that Arthur had a truly wonderful life, surrounded every day by so many people that loved him.